Can You Really Apply Lean Six Sigma in Filmmaking? 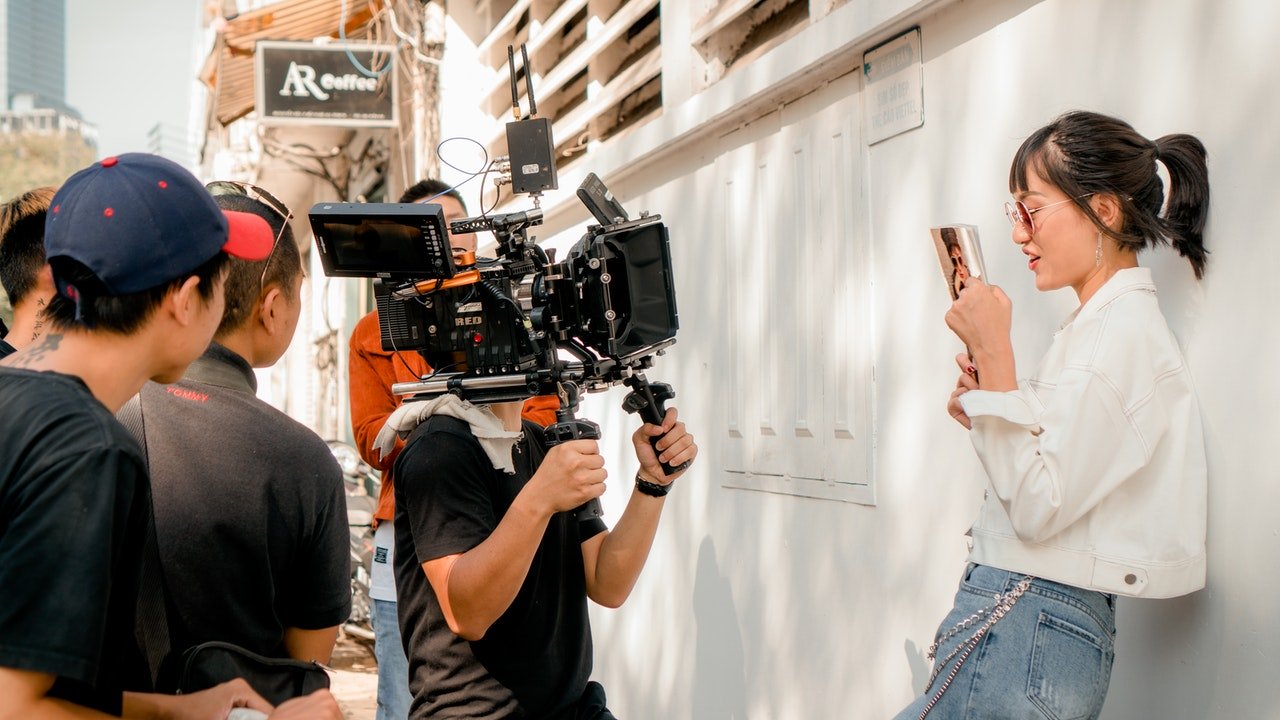 Lean Six Sigma in Filmmaking is not something which any regular business can even think of. Filmmaking is a highly creative industry and it has totally different dynamics and different models of success and failures. The hard core corporate world works entirely differently and the creative world works differently. Furthermore, the concept of Six Sigma is a hard core corporate concept and the Six Sigma framework originally started from the big corporations like Motorola, General Electric, Honeywell, Bank of America American Express and thousands of others, back in the 1980s.

Gradually, the Six Sigma started entering into other service sectors like hospitality and real estate as well as accounting, finance and many other small business entities as well.

Filmmaking is generally considered a right brained extremely creative discipline and Six Sigma on the other hand is considered a left brained data driven science. Although it may be a strange mix, but indeed a unique mix worth knowing more. 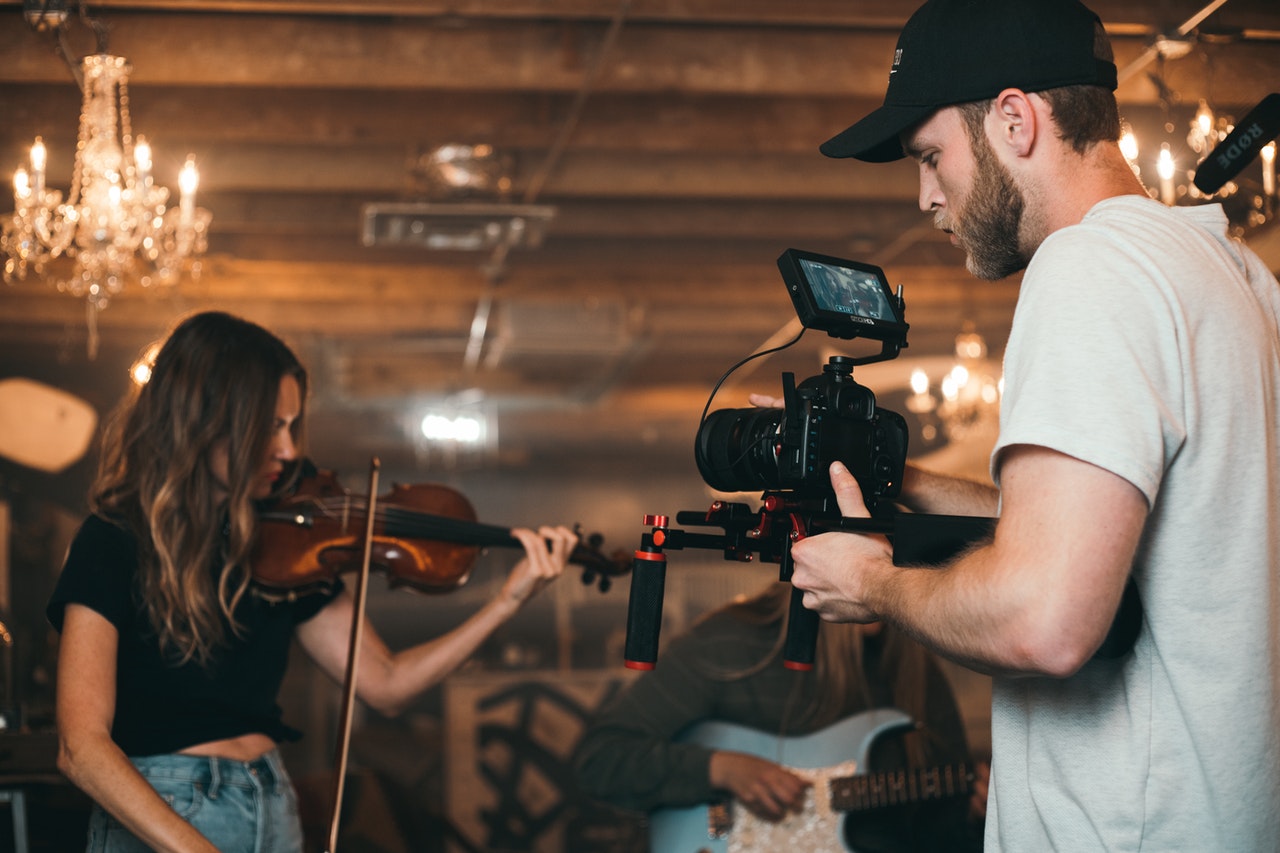 In the pre-production, the story concept is developed and refined, then script is written and screen play is developed, funding is mobilized, the crew team led by the Director is finalized. The legal formalities including the permissions and licensees are finalized, locations are finalized and shooting schedules are determined.

If the pre-production is done well, the production is mostly about shooting the film as per the screenplay. The scenes should be completely indexed and in sequence. Cinematographer should do his work as per the story boarding and the desired shooting angles.

In the post production, the shot film is edited and then special effects are added where required. Film titles are added in the beginning and credits at the end. Sound is added and dubbed and all the polishing and shining of the scenes and sequences are developed to look everything good.

The Post production is the most important stage, because it finally produces the finished product, whether good, bad or average. A lot of care, and quality is required at this stage to ensure that no compromises are made to sacrifice the quality. 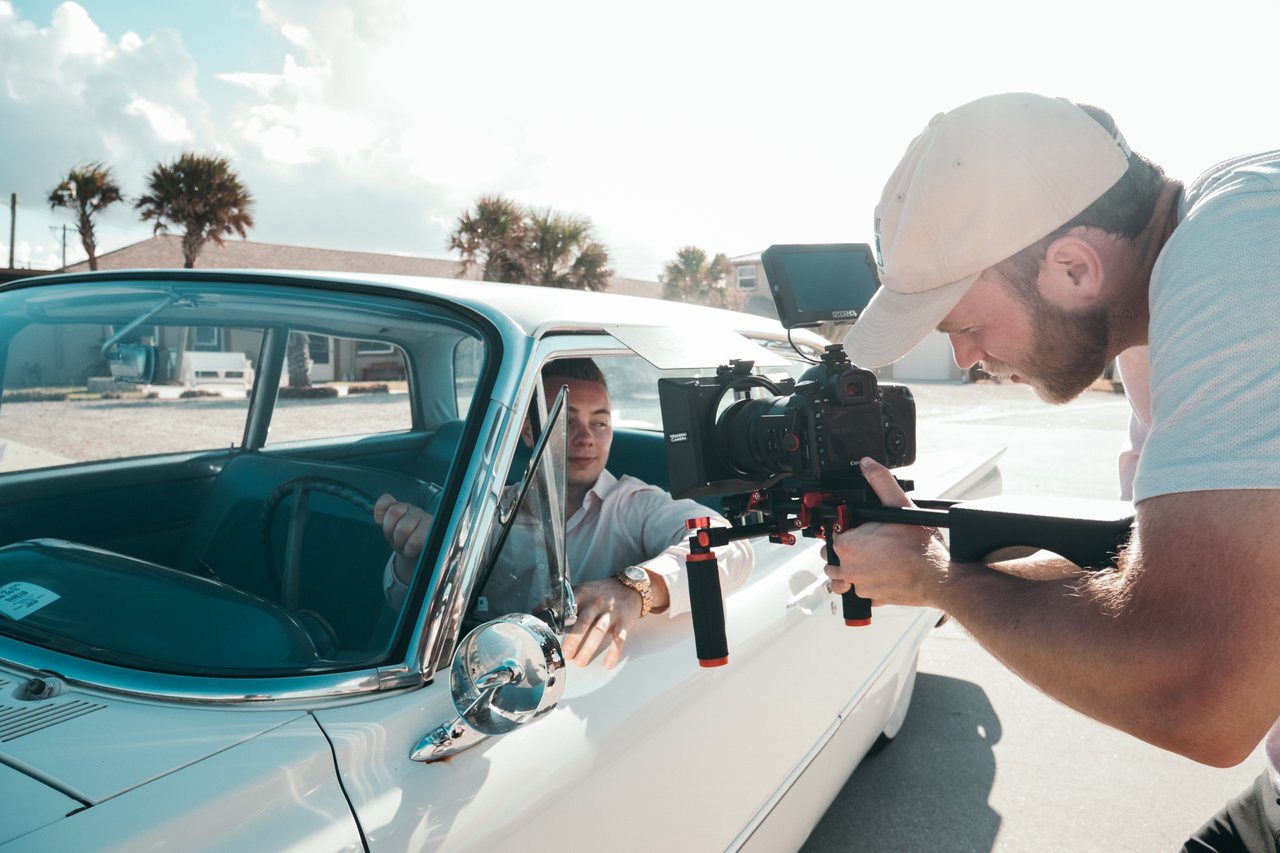 It is important to understand, that every film requires huge budgets and sums of money, and no producer wants to waste it or lose it. Everyone wants to make more money out of it.

Normally, as per the existing practice, the producer, director and writer are the most important people, and they are usually working on their previous experiences as well as their own tastes, aesthetics and of course some intuition and gut feel whether their film will work or not.

This existing formula has worked for some and may not have worked for others. It all seems that less they use the science and more of the art, things can get to fail fast. And if they happen to use good amount of science in the field of art, the filmmakers can get better results in terms of film success and save more in terms of utilizing the optimized budgets.

Let’s see the tools of Lean Six Sigma in Filmmaking 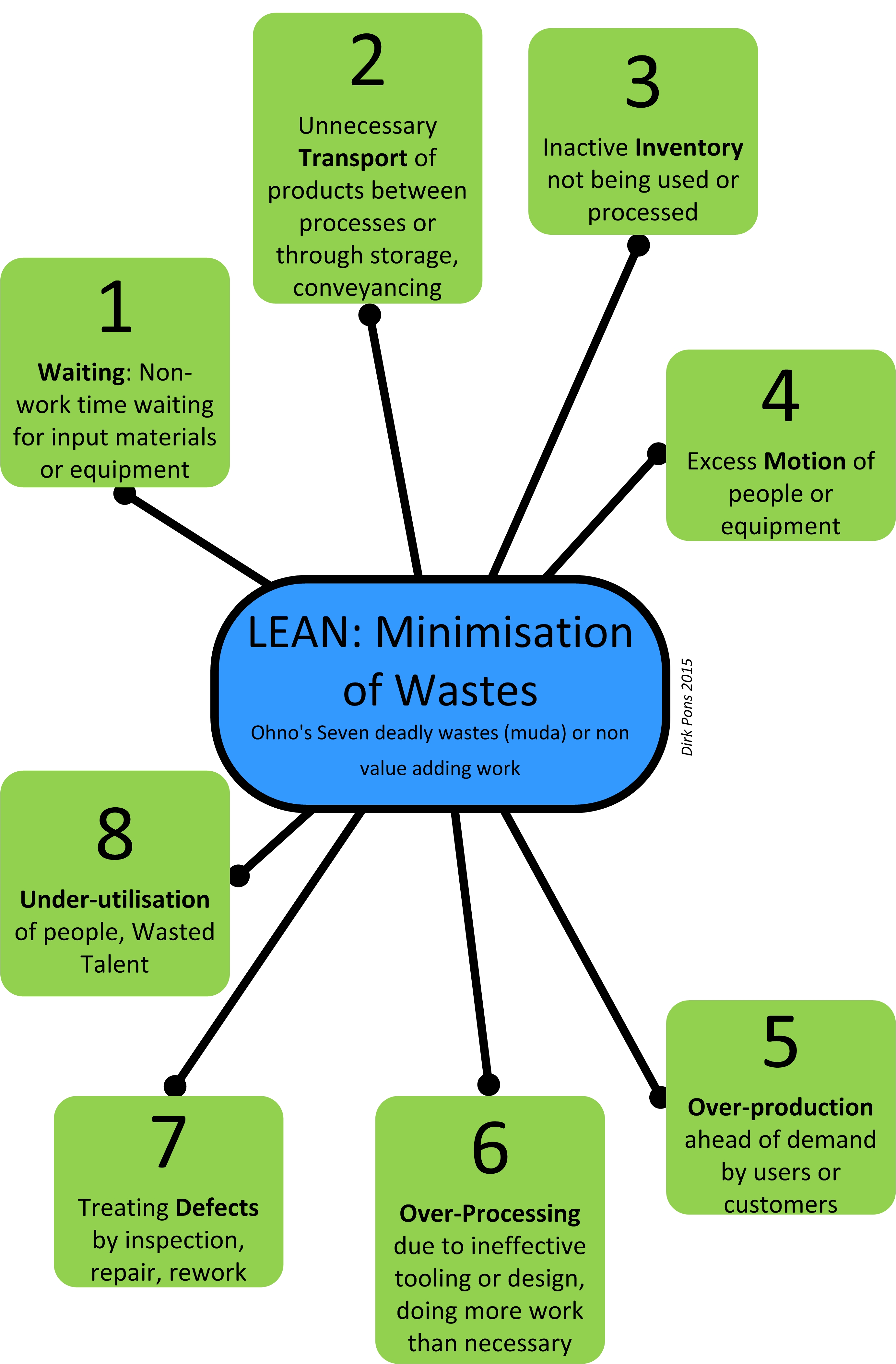 In all three stages of filmmaking, the unnecessary wait times, in meetings, in makeup rooms, in costumes and rehearsals are very common. These can be avoided with some advance planning.

Transporting people and equipment from one place to another usually is a common requirement and especially the repeat visits which may be unnecessary.

The motion of people and equipment at the shooting can also be reduced with some better planning.

Usually shooting is done 3 or 4 times of the actual length of the movie. It can be further reduced if the scenes and shots are well planned in advance.

The film related documents, forms, checklists and registrations and enrolments should only be limited to what is practically required.

The defects in the script, problems in the equipment and selection of casting may also be reviewed for some improvement.

This can be very well related to the filmmaking. Many talented people just keep sitting on the sidelines and not are properly utilized. More attention should be provided to assess and utilize the under-utilized people on the sets. 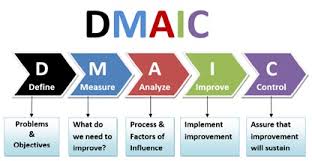 Let’s start how the DMAIC (Define, Measure, Analyze, Improve and Control) can help you to improve the quality as well as costs of the film.

First, define the problem area to improve. Suppose, the film length is 100 minutes. But the movie is shooting 500 minutes of recording which will be spread over 3 months of shooting time based on the staggered schedule of the cast. And it is increasing the cost of filmmaking with unnecessary delays.

Objective: To reduce the film shooting recording time to 200 minutes and finishing the shooting in one month saving about 30% of the current budget.

Measure the existing problem’s past data like how many films were made with 2x recording times or more.

Measure the total number of cast and their availability and their roles.

Take into the account the home addresses of the cast and the need for the transportation and other logistics.

Analyze the root causes of the extended or delayed shooting time.

Use the Six Sigma basic analytical tools like Fishbone Diagram (for cause & effect), Six Sigma Breakthrough Equation (Y-f(Xs) +e) for inputs and outputs, and Scatter Diagram (for variables’ correlation)

Determine which are the most important causes affecting the outcome (longer shooting time).

Though there are many more Lean Six Sigma tools and techniques, but it depends from case to case basis, I personally believe, less should be more. But if required the Six Sigma Consultant can further delve deeper to use more analytical tools.

Remove the culprit factors or causes and develop the new SOP with structured and disciplined plan to do the shooting (200 minutes) with one-month time.

The scenes and shots may be merged into one and may be required to shoot at the same time to save the staggered schedules.

The new way of executing the plan should be well communicated to all the crew and creative team. The required commitments should be taken in advance, with possible penalties for non-compliance. It should also be monitored with close supervision in order to stay on the course in order to ensure that the effects of applying Lean Six Sigma in Filmmaking should stay and sustain. 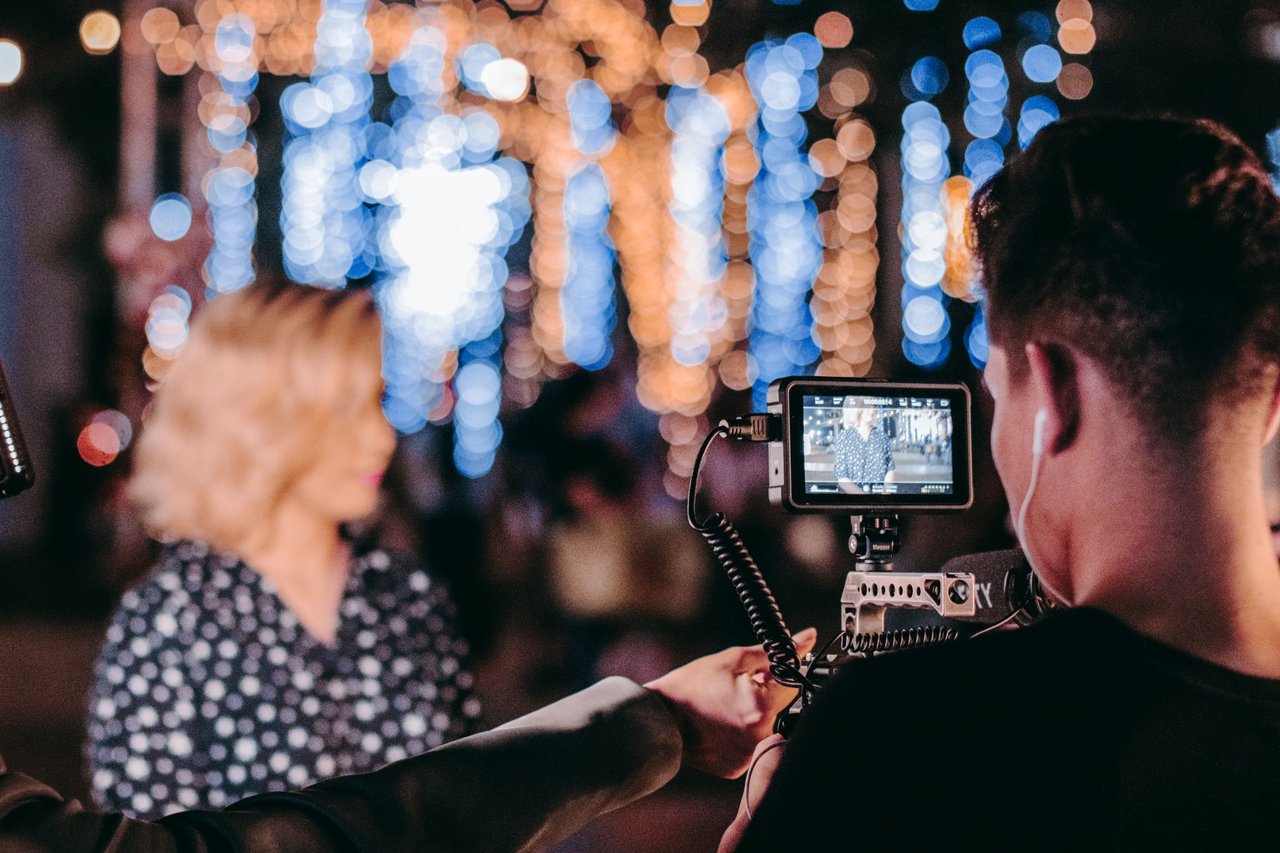 The Lean Six Sigma in Filmmaking apparently seems like a far cry, but as we ran through the Six Sigma DMAIC framework, it appeared that it can very well be applied on the filmmaking as well.

Normally, the creative people hate structures, discipline and routines and want their ultimate freedom to do the work as they please. But if we study more of successes than failures, it will be revealed that it is far from the truth.

Only those creative people who develop a discipline and structure to their art and craft, they happen to succeed more. Whether they are writers, singers, actors, filmmakers or other artistes.

The essential thing is the mindset, if you are prepared to work with a structured framework, then why not adopt the framework for Lean Six sigma in filmmaking which is a tested and proven one, and has always delivered some of the best results for several diverse industries in the past.

For those who are working in creative fields like filmmaking, I encourage them to use Lean Six Sigma tools to get the better results than before.