Pearson statistical correlation  assumes that the two variables are measured on at least interval scales, and it determines the extent to which values of the two variables are "proportional" to each other. The value of correlation (i.e., correlation coefficient) does not depend on the specific measurement units used; for example, the correlation between height and weight will be identical regardless of whether inches and pounds, or centimeters and kilograms are used as measurement units. Proportional means linearly related; that is, the correlation is high if it can be "summarized" by a straight line (sloped upwards or downwards).

This line is called the regression line or least squares line, because it is determined such that the sum of the squared distances of all the data points from the line is the lowest possible. Note that the concept of squared distances will have important functional consequences on how the value of the correlation coefficient reacts to various specific arrangements of data. 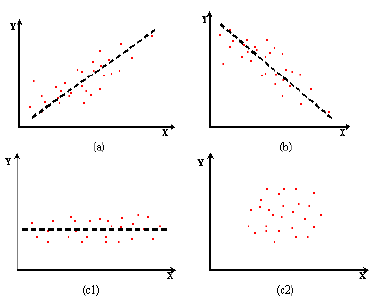 Interpreting  the Values of Statistical Correlation 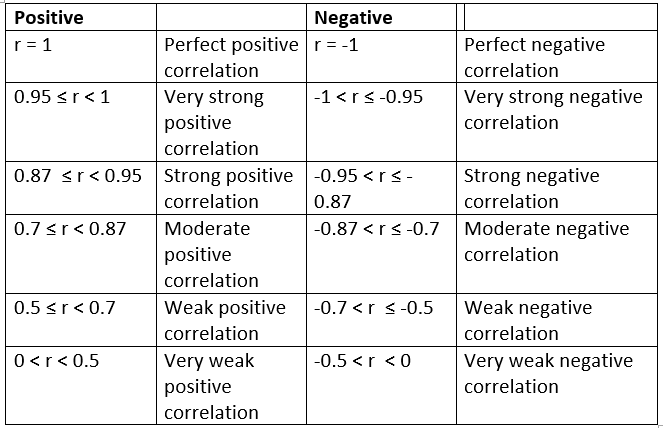 The significance level calculated for each correlation is a primary source of information about the reliability of the correlation. The significance of a correlation coefficient of a particular magnitude will change depending on the size of the sample from which it was computed. The test of significance is based on the assumption that the distribution of the residual values (i.e., the deviations from the regression line) for the dependent variable y follows the normal distribution, and that the variability of the residual values is the same for all values of the independent variable x.

Please note that if the sample size is relatively small, then including or excluding specific data points that are not as clearly "outliers" as the one shown in the previous example may have a profound influence on the regression line (and the correlation coefficient).